Tantric Aphorisms from the Great Sages of Kashmiri Shaivism 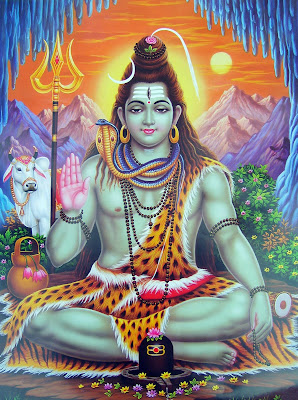 Awareness IS the Self.

Awareness, Shiva, is the soul of the world.

-The Shiva Sutras of Vasugupta

Thus identifying individual awareness with universal awareness and attaining divine bliss, from where or from whom should one get scared?

For the Yogi who has attained the state of Bhairava [simultaneous awareness of their outer and inner experiencing] the entire world [outer as well as inner] is experienced as their body.


Meditate on one’s own body as the universe,
and as having the nature of awareness.

The Yogi is always mindful of that witnessing awareness which alone is the subject of everything, which is always a subject and never an object.


One should, setting aside identification with one’s own body, contemplate that the same awareness is present in other bodies than one’s own.
He whose awareness together with the other senses is merged in the interior space of the heart, who has entered into the two bowls of the heart lotus [diaphragm], who has excluded everything else from consciousness,acquires the highest fortune, oh beautiful one.


Just like the beloved, who after much insistence, stands in the presence of the maid in love, but though he is there before her does not give her any pleasure until she recognises who he is – as he seems just like other men at that moment – so for humanity the Self, who is yet the Lord of the World, cannot manifest its own glory until its qualities have been brought to light.


The wishing tree of Self-Awareness, with its mighty branches, standing full-grown in the region of the Heart, has the loveliness of Experience for its flowers, and the festive splendour of unimpaired Bliss for its fruits.


How wonderful it is that although only one sound, that is, SHIVA’s name, is always on the tips of their tongues, yet [His] devotees can taste the ineffable relish of all the objects of the senses.


Having made itself manifest, awareness
abides as both the inner and the outer.

The visible world is the body.


With one’s intent inside while looking outside, eyes neither opening or closing – this is Bhaivara’s [Shiva’s] Mudra kept secret in all the Tantras.

In the two conditions, the inner and the outer…he whose ultimate intent is internal and whose vision is directed outward attains the highest realisation.


Immersing himself in the supreme reality, clearly aware that awareness is in all things, [the Yogi’s] awareness vibrates. This throbbing pulsation [Spanda] is the Great Pervasion [Mahavyapti].


… the being of all things that are recognised
in awareness in turn depends on awareness.


… the power of space is inherent in the soul as true subjectivity, which is at once empty of objects and which also provides a place in which objects may be known.


The Shastras [teachings] and Agamas [scriptures] proclaim with reasoned argument that it [awareness] is free of thought-constructs and precedes all mental representation of any objects.


Just as a man who has been ill for a long time forgets his past pain completely when he regains his health, absorbed as he is in the ease of his present condition, so too are those who are grounded in pure awareness free of thought-constructs no longer conscious of their previous [fettered] state.


The [fettered soul] is like a dancing girl who although wishing to leave the dancehall is collared by the doorkeeper of thought and thrown back onto the stage of Maya.


Just as an object appears directly to one whose eyes are open without the intervention of mental cogitation, so for some, does SHIVA’s nature.


Not grounded in anything, this [awareness] is not Energy, the Great Goddess; nor is it God, the power-holder, because it is not the foundation of anything. It is not an object of meditation because… there is none who meditates … nothing to meditate on.


The yogi should abide firmly fixed in his own nature by the power of expanding awareness … relishing the objects of sense that spontaneously appear before him.


Bhairava [Shiva] is he whose light shines in the minds of those yogis who are intent on assimilating time into the eternal present of awareness.


The Power that resides in the
Heart of Awareness is Freedom itself.


A Yogi can enter another person’s body without leaving his own.
The Guru’s consciousness is activated in the disciple’s consciousness … thus initiation that bestows liberation is given.
So gracious is he that, by transferring his own nature to those whose awareness is pure, they become one with him at his gaze.


There are dull-witted people who are confused themselves and throw the multitude of creatures into confusion. Having thus seen creatures who are simply carriers of the burden of Gurus and their blind followers, I have prepared a trident of wisdom in order to cut asunder their bondage.

Since this doctrine is a deep secret, I am not delineating it clearly.
He who is interested therein may read the tantras [treatises].


Some may be able to speak, but if their awareness is obscured, they are unable to rise, unaware as they are, to the level of the experiencing subject who understands what has been said. They only grasp the outer successive [sounds] of what the other person says and thus can only repeat it parrot-fashion … An understanding of meaning presupposes that they have caught hold of their own power of awareness, - by attaining the autonomy of Absolute [Divine] Subjectivity.


Victory to the ancient Gurus…who are faultless pilots through the turbulence of the waves of the sea of sacred texts.

In You, the Supreme, who transcends the abyss, You without beginning, the unique one who has penetrated the secret depths, You who rest in everything, You who are found in everything . . . in You, SHAMBU [Shiva], I take refuge.


Listen: neither accepting nor rejecting anything but just sharing joyfully in everything, being as you are.


He, whose hands, feet, mind, learning, religious austerity and conduct are well balanced (restrained), enjoys the fruits of pilgrimage (even without going there).


That person is ‘Abhinavagupta’ who remains aware in the course of everyday activities, who is present in the objective domain as well as in the subjective, and dwells there without limitation. He sings the praises [of divinity] without ceasing to concentrate on the powers of knowledge and activity. He is protected by this praise even though he lives under the pressure of temporal affairs.