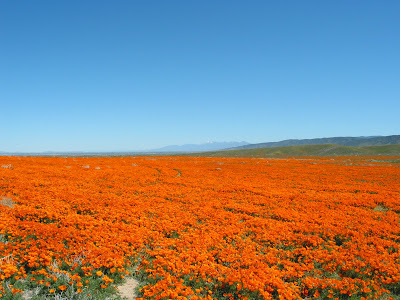 Let's talk for just a moment about Direct Realization -- that is, about not putting anything, any concept or ritual or even non-concept or non-ritual, between you and the living truth of SUCHNESS.

"Awareness" is the strangest no-thing on earth. But what a terrible mistake it would be to turn this "Awareness" into a one-sided religious concept or a "Zen" ideal. THIS is always acting, being, and experiencing. What's the problem? Nada.

There is nothing to do in order to attain THIS. It is not something "realized" or achieved through practice. All at once, without a single aspect missing or lacking, here IT is!

Abandon all effortful, artificially imposed "paths" or approaches and wake up to the spontaneous "sahaja" activity that is your nature. It's closer to you than your own eyeballs and nostrils -- why do you need a "path" to It?

However, if you cannot take a deep, joyful breath, laugh, and abandon all effortful paths and approaches right now at this instant, there is a particular "practice" that demands constant effort and will lead you directly to the bliss of Sahaja Nirvana.

Looking at things, or listening to sounds, train yourself to withdraw your attention from "objective" things and let it rest and be blissfully at home in the natural, energetic brilliance of "Awareness." (In the Tibetan system, this is the Consciousness-Display aspect of bedrock reality. In Zen, we do not create any added concepts but simply allow seeing to be seeing, hearing to be hearing, &c.)

So, for example, if you are looking at a tea bowl, withdraw your attention from the "tea bowl" considered as a solid object "out there" in "objective space and time" to the lucid, instantaneous appearing of a tea bowl in and to This-Right-Here-Now-Awareness.

If you'd like to go on to do some philosophical analysis, you can reflect that the instantaneous appearing of objects is all anybody ever experiences; "objective space and time" is merely an added-on concept. (Is This-Right-Here-Now-Awareness an object, or not? If not, what is it?)

If you wish to cut through the dull conceptual world you've got to raise Ki and directly experience the truth of life.

In "Self Liberation Through Seeing with Naked Awareness," Padmasambhava says:


You should relinquish all notions of the past and abandon all precedents.
You should cut off all plans and expectations with respect to the future.
And in the present, you should not grasp (at thoughts that arise) but allow (the mind) to remain in a state like the sky.
Since there is nothing upon which to meditate (while in the primordial state), there is no need to meditate.
And since there does not exist any distraction here, you continue in this state of stable mindfulness without distraction.
In this state, which is without meditation and without any distraction, you observe everything with a naked (awareness).
Your own awareness is inherently knowing, inherently clear, and luminously brilliant.
When it arises, it is called the Bodhicitta, "the enlightened mind."
Being without any activity of meditation, it transcends all objects of knowledge.
Being without any distraction, it is the luminous clarity of the Essence itself.
Appearances, being empty in themselves, become self-liberated; clarity and emptiness (being inseparable) are the Dharmakaya.
Since it becomes evident that there is nothing to be realized by means of the path to Buddhahood, at this time you will actually behold Vajra-sattva.


This is the same as the essential training of Zen. Cut off all plans, ideas, and expectations -- such is the stark and direct training that leads to subtle realization. How do you do it? Start by dousing yourself with cold water first thing in the morning, preferably at dawn, then walk up a mountain. Raise Ki until you can feel it in your eyeballs, and if any thinking starts up, sink it into the Tanden and resolutely keep it there. This is the essential training of Mu Shin Ki Do.

Try it! If your "thoughts" begin to spin off and you lose the clear, living, energetic consciousness of what is directly around and in front of you, bring your attention back in a relaxed, firm way. The simplest way to do this, once again, is to "submerge mind in the Tanden." As Ch'an Master Yuanwu said, "When the mind exists, you are stuck in the mundane for eternity. When you attain mindlessness [in full awareness], you are enlightened instantly."

This easy and miraculous type of Zen can, and should, be done anywhere and at any time. Just don't develop the idea that there is "someone" doing it, or you will have to do another much harder kind of practice just to get rid of that idea!

It may also help to sit in "Seiza" for ten to twenty minutes every day, letting go of "thinking" by becoming aware of body posture and breathing. One can use Seiza to enter the "before-thoughts" realm of "Mu samadhi." (But please don't get addicted to "Mu samadhi," however wonderful it is! Hakuin Zenji said that meditation in action is ten thousand times superior to sitting meditation!)

What exactly is "Mu samadhi"? This is much the same experience as the tea bowl just appearing as a tea bowl without any concepts or thoughts of past and future. In this samadhi the "usual" experience of a subject object distinction disappears. Where's the subject? Where's the object? It's all just THIS. However, in traditional Zen this samadhi has been imbued with much religious meaning, which if you are not careful can lead to the idea of being a "holy person." Drop it!

(Note that there are a number of small exquisite yogic refinements of Seiza-sitting Mokuso Zen, such as breathing to and from the Tanden and "cutting off thinking" suddenly by "dropping mind into the Tanden," which leads to sharpened perception in a timeless spaciousness. It is not particularly important to be able to do these at the start.)

Then, one makes use of whatever ordinary activities come to hand in order to extend and deepen this no-state, sometimes called Muga Mushin or "the natural freedom of myriad Buddhas," or the "Amazing Storehouse of Fresh Clear Light," or "Perpetually Self-Born Awareness," throughout the days and nights.

Just do your best. Start from zero every "time." Zen is not a horse race. It is ongoing; one never stops doing Zen. What is the beginning? When is the end? As a certain Zen Master remarked:

Or, as Zen Master Han Shan remarked: "The whole universe is just the hair of a horse." What horse was he talking about? Hyaaa!

Mu Shin Do Zen is not the same as a strict and willful attitude of "mindfulness." It's just resting in clarity, like a clear autumn sky. Letting go of everything at once. Getting born fresh at every moment, taking seven steps and proclaiming: "I am the only Honored One below heaven and above earth!"

I believe it was Master Linji who remarked, "If I'd been there when he [the Buddha] said that, I would have taken a stick to the spoiled brat and given him the beating of his life!" Nonetheless.

This is similar to what the Indian yogins call Digambara, "nakedness clothed in space." The Zen Mind that travels everywhere yet is never caught by anything. See Hell Enlightenment.

I've begun building a small tea room in the old style. Here, I plan to conduct the simplest and most ancient form of the Zen tea ceremony.
"Cool in summer, warm in winter; flowers from the field; prepare for rain; enjoy a sip of tea together."
This will be good place to sit and drink tea and listen to rain clattering on the roof.
"After all there is no difficulty in tea, only enjoyment." (Master Kaji Aso)
The same as in life itself. "The taste of tea is the taste of Zen."
⼭家富貴銀千樹 ⿂夫⾵流⽟⼀蓑
To donate for the Shibumi Tea Room.