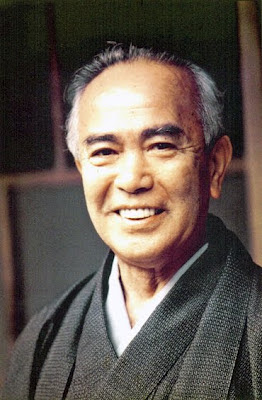 The method of Zen/Ki training is direct and it is clear.

Zen/Ki method is founded on combining Koichi Tohei-style "Ki training" (which is itself a refinement of old Japanese Zen-related and Taoist energy building techniques) with Zen (open-awareness meditation).

Depression of the Ki is what prevents Reality from appearing to you in its multifariousness and beauty.

Shrinking Reality into concepts has led to a perception of being isolated from other beings and from objects.

Naked Perception and Spontaneous Action are one. But in the human realm they've been broken up. This sundering of what is innately Itself leads to pitable anguish and weakness.

This Zen/Ki method will save you much anguish, heartbreak and "searching."

It can be adapted and adjusted to your particular circumstances.

Ki itself is universal and was considered in old Japan to be synonymous with "Spirit." It is the vibration of Being-Awareness itself.

Though this may sound mystical, it is pragmatic.

Everything happens in the Absolute.

You are already in the fourth dimension living your life timelessly. Only thinking plunges you into despair.

Wake up to the evident truth of This!

Nothing else is necessary but to learn how to drop body and mind.