Mushin At the End of Your Rope 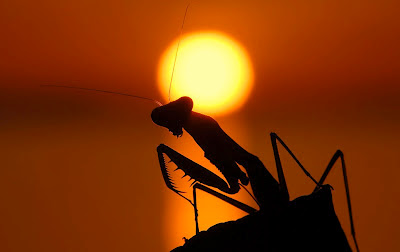 If you have a need for Zen, it's because you've reached the end of your rope. The true starkness of the "human condition" has dawned upon you.

You could join a cult and worship a Guru, but something holds you back. Intelligence and basic sanity, probably.

You could drink yourself to death or use excessive quantities of drugs, but that's not facing fate like a hero, and you'd probably end up being a sad burden to other people -- anyhow, the right time for flaming out as a human disaster was in your twenties. It's too late now -- it wouldn't be dramatic, nor especially attractive.

So you sit down to do some Zen. You have to sit in the bare awareness of meditation to break through to Mushin. Only in Mushin do your problems go away -- just because the "one" who "has" them is no longer present, and there isn't any "two" -- and you begin to perceive clearly, vividly, without thought-turmoil, how you must live.

It's impossible to describe this to anyone. Perhaps an insect could understand it -- a cicada, or a praying mantis.

It's in Mushin, also, that the words of the Hannya Shingyo begin to make sense. You're a hollow reed. Your nature is infinite space. It's only in this that real compassion and happiness can be found. Svaha!