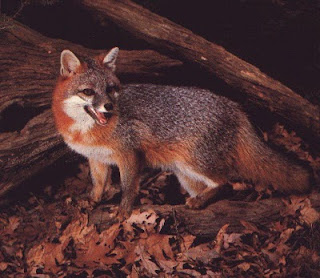 The Sixth Ancestor Hui-Neng was pursued by Ming the head monk as far as Ta-yu Peak. [The Fifth Ancestor of Zen, Hongren, who lived on Huang-mei mountain, had given the young Hui-Neng the Dharma robe and bowl handed down from the First Ancestor by dark of night and told him to flee for his life. Ming, a former general before he made his vows and turned head monk, felt that this rice-polishing boy upstart didn't deserve such an honor and so pursued him with great ferocity, determined to get the treasures back no matter what. Of course, his main interest was the Dharma itself, even though he didn't fully know it yet. Note here that Zen rewards best people who are imbued with a fierce, even demonic energy.] The teacher, seeing Ming coming, laid the robe and bowl on a rock and said, "This robe represents the Dharma. there should be no fighting over it. You may take it back with you."

Ming tried to lift it up, but it was as immovable as a mountain. Shivering and trembling, he said, "I came for the Dharma, not the robe. I beg you, lay brother, open the Way for me."

The Teacher said, "Don't think good; don't think evil. At this very moment, what is the original face of Ming the head monk?"

In that instant Ming had great satori. Sweat ran from his entire body. In tears he made his bows saying,

"Besides these secret words and secret meanings, is there anything of further significance?"

The Teacher said, " What I have just conveyed to you is not secret. If you reflect on your own face, whatever is secret will be right there with you."

Ming said, "Though I practiced under Hongren at Huang-mei with the assembly, I could not truly realize my original face. Now, thanks to your pointed instruction, I am like someone who drinks water and knows personally whether it is cold or warm. Lay brother, you are now my teacher."

The Teacher said, "If you can say that, then let's both call Hongren our teacher. Maintain your realization carefully."

It must be said that the Sixth Ancestor forgets himself completely in taking action here. he is like a kindly grandmother who peels a fresh lychee, removes the seed, and puts it into your mouth. Then you only need to swallow it down.

It can't be described; it can't be pictured
It can't be praised enough; stop groping for it.
The Original face has nowhere to hide.
When the world is destroyed, it is not destroyed.