Happy New Year! Are You Enlightened Yet? 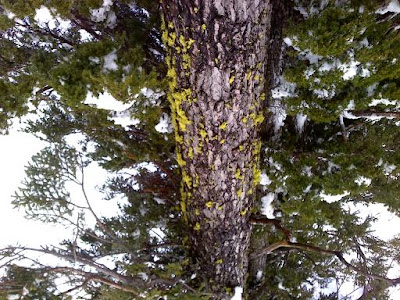 Happy New Year! May I ask you an impersonal question? Here it is:

Are you Enlightened yet?

Enlightenment is a great and shocking realization of Reality. One suddenly and directly knows for oneself that Awakeness and Being are "not two."

What keeps you from getting Enlightened right at this instant?

For the secret doctrine of Zen is that Enlightenment is always instantaneous, sudden, and totally irrevocable.

Even if, after Satori, your head turns back toward the phenomenal world and you fall back into certain odd delusions or persist in unwise karmic patterns, the fact is that you have been Enlightened -- and there is no way to ever un-ring that bell.

So, you ask, what must I do to get Enlightened?

An accurate diagnosis is more than halfway to a cure. Do you agree?

Unease, anxiety, anguish, melancholy, sorrow -- all these are caused by the clinging-grasping energy of mind, which is itself caused by ignorance.

Ignorance of what? Of your true great nature.

What is it that holds Ignorance in place? The endlessly spinning wheel of Name-and-Form.

There is an "interdependent" relationship between Name-and-Form and the conditioned "thinking" mind or "small consciousness."

Stop the spinning wheel of Name-and-Form, and this "small consciousness" melts away. Ignorance ceases to be ignorance; it is replaced by a timeless flash of perfect wisdom that reveals your Great Nature.

I don't want to argue with your thinking head, or score doctrinal points on your sore heart. I want to show you how to wake up to what has always been just "Thus!"

"He alone attains to It who exclaims: It is, it is, it is!" -The Upanishads

Why not try a direct Awakeness-experiment to see if it clears things up for you? What's the worst that can happen?

A word of warning for all you would-be Enlightened warriors: you could successfully stop the wheel of Name-and-Form, which is not so hard to do, then suddenly freak out when your "small consciousness" starts to melt away and scramble like crazy person to regain it -- that happens! Emptiness can be terrifying!

So, obviously, don't do this Awakeness-experiment unless you're ready for "the bare realization of Zen" -- Satori.

Here is a screenshot of some "tweets" from my Twitter page in which I sketched out the basic Awakeness-experiment (read up).

Note that on my Twitter page I call it "Awareness" with a capital A. It has also been called "Bodhi" and "Citta" and the "One Mind" and "Tathata." But I am not writing this post to debate hollow jargon. Wake up to it directly and you'll see: