Q & A on the Dark Principle of Zen 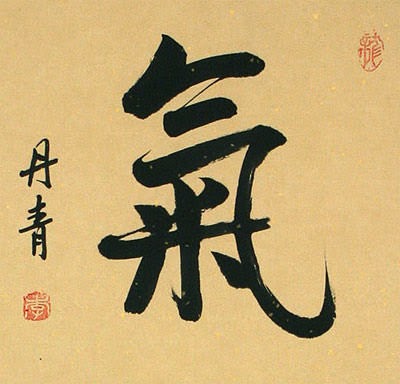 Q. You've spoken of the "dark principle" of Zen, sometimes also, interchangeably, of the "ancestral hall." What is it?

A. The "dark principle" is the Dao. The Dao is the Nameless Way. It is also the mother of all the Buddhas and so-called ordinary people. It is pure reality.

Q. How will I attain this?

A. By relaxing your mind, cutting off thinking, resting with clear awareness in the vastness, pliant and responsive to circumstances, hollow like bamboo.

Q. Please describe how you perceive "reality." How is it different than the world I see around me, for instance the objects in this room?

A. To clearly see this is to be enlightened marvelously, so let yourself hear what I am saying and let yourself be in accord with it. Do not "think" about it. For you, I am one of the objects in this room, although a "speaking" object. It's because I am speaking with you that you impute awareness to me. Quite rightly. This flower vase is not speaking so you would say it isn't living, it's inert, a piece of fired clay from a kiln. So what is this mysterious essence you impute to me? Clearly, it's just your own essence, which is a vitality of perceiving, clear awareness, the ability to distinguish this from that and that from the other. Both of us have this ability. Isn't that profound? This mysterious essence seems to have no location. You can't find it inside your body when you look for it. You can't locate it inside your head, because if it's inside your head why do you feel the breeze from that window on your hands when you lift them up slightly? Padmasambhava called this "self springing awareness." For him it is also an instantly "knowing" awareness. One seems to be born into it. It's like water to a fish. It's the air we breathe, yet it is no object at all. Everything appears in and by it, but when you try to find it, it eludes your search. Master Yunmen said, "Everybody has this brilliant light, so why when you look for it is it dark and obscure?"

Q. What is the relation if any between this mysterious self-springing vital awareness and objects?

A. See that calligraphy scroll?

A. You can distinguish some characters on the white scroll; they stand out because of the whiteness of the scroll. Am I right? Yet when you study the characters you are not looking at or thinking about the scroll itself. Are the characters really separate from the paper?

Q. Not at all. Or, at least, they separate from it in my mind, but it's clear that they are part of the scroll -- they appear to my eyes and to my mind because they are written on that white surface.

A. Take this as an analogy. Just as the 2 dimensional characters are completely of the same essence as the scroll they are written on which actually exists in 3 dimensions, even while also standing out from it to your perception as separate objects, all of the 3 dimensional objects of mind you see in this room, including that scroll and my body with all its gestures and the sound of my voice and so forth, are actually embedded in a 4 dimensional reality and inseparable from it though seeming to be different. This 4 dimensional reality displays all of this 3 dimensional stuff. What is it in itself?

Q. I can only assume you are talking about a kind of hyperspace. Maybe that's what Emptiness is.

A. In a way, sunyata is the continuous nature of all this stuff with the space that displays it in terms of a deeper unseen reality, which is the Dao. Yet nothing really makes it appear as it does but your mysteriously illuminating awareness-nature. Right?

A. Suppose then I were to tell you that the "Way" all this appears is just a feature of your brilliantly alive and energetic awareness-nature, and that all these ten thousand objects are no different, in essence, than it. They are, so to speak, just the energy of it, the pure ringing of its deepest inconceivable stillness, timeless and unborn.

Q. You mean that all the objects of mind are really just Mind itself?

A. This, if truly realized in the flash of an instant, is the "dark principle." It is the mysterious way that anything manifests itself. When you look at it correctly you see that there is nothing "outside" perceiving. Mysteriously, objects seem to come and go, but the nature of perceiving does not. Even when there are no objects, the perceiving ability is still there, though "there" in this context obviously means something different than the seemingly factual thereness of that flower vase or calligraphy scroll. Master Hui-Ha says that there really are no objects to be seen, there is only seeing itself, and so on with hearing, taste, &c. It is all the spontaneous outpouring yet ingathering activity of the "dark principle." To really comprehend this is to enter a realm of total incomprehension, leaving intellect far behind.