Before Asses But Behind Horses: The Sudden Enlightenment of Elder Fu 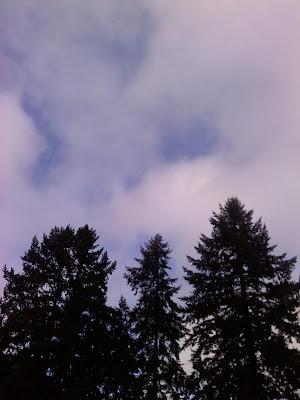 When the Elder Fu of T'ai Yuan was expounding the Nirvana scripture in Kuang Hsiao Temple of Yang Chou, there was a wandering monk-- actually it was the cook of Chia Shan -- who was staying in the temple, snowed in; he took the opportunity to go listen to the lecture. When the lecture touched on the three bases of Buddha nature and the three qualities of the body of reality and as Fu spoke profusely of the subtle principle of the body of reality, the cook suddenly broke out laughing. Fu then looked at him. When the lecture was over, he had someone summon the Ch'an man, and asked him, "My simple knowledge is narrow and inferior; I interpret the meanings according to the words. Just now, in the course of the lecture, I saw you break out in a laugh; I must have some shortcoming --please explain it to me."

The cook said, "If you did not ask, I dare not speak. Since you have asked, I cannot but explain. I was actually laughing because you don't know the body of reality." Fu said, "What is wrong with my explanation, such as it was?" The cook said, "Please explain it once more." Fu said, "The principle of the body of reality is like the great void: vertically, it goes through past, present, and future; horizontally it extends throughout the ten directions of the universe; it fills the eight extremities and embraces both positive and negative modes. According to conditions, it tends toward effect; there is nowhere it does not extend." The cook said, "I did not say your explanation is wrong; but you only know that which pertains to the extent of the body of reality; you do not actually know the body of reality." Fu said, "Granting that you are right, you should explain it for me." The cook said, "If you agree, then give up lecturing for ten days, and meditate correctly in a quiet room; collect your mind, gather your thoughts, give up various clingings to good and bad all at once, and investigate exhaustively on your own."

Fu did just as he had said, from the first to the fifth watch of the night; when he heard the sounding of the drum, he suddenly attained enlightenment and immediately went to knock on the Ch'an man's door. The cook said, "Who's there?" Fu said, "Me." The cook scolded him, saying "I would have you transmit and maintain the Great Teaching, explaining it in the Buddha's stead -- why are you laying in the street drunk on wine in the middle of the night?" Fu said, "Hitherto in my lectures on the scriptures I have been twisting the nostrils of the father and mother who gave birth to me; from today on, I no longer dare to be like this."

See that outstanding fellow! Did he merely go accept this radiant spirituality and fall in front of asses but behind horses? He had to have broken up his habitual active consciousness, so that there is nothing that can be apprehended, yet he has still only realized one half. An Ancient said, "If you do not give rise to any thought of practice or study, within formless light you'll always be free." Just discern that which is always silent and still, do not acknowledge sound and form, just discern spiritual knowledge, do not acknowledge false imagination. This is why it was said, "Even if an iron wheel is turning on your head, with concentration and wisdom complete and clear, they are never lost."