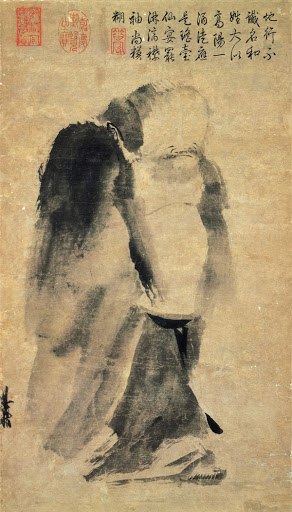 One monk asked: What is genuine insight? The master said: Entering the realms of the worldly and the sacred, the tainted and the pure, the land of the Buddha, the upper chambers of Maitreya, and Vairocana's Dharma world, you will see them all as subject to (the law of) coming to be and ceasing to be. Buddha appeared in the world, turned the wheel of the Dharma, and then entered Nirvana. But he did not see these as the features of coming and going. Searching around birth and death, in the end you cannot attain.

Just enter the birthless Dharma realm and play about in it; enter the world of the Lotus Treasury; everywhere, all things are without form, and are not the real Dharma. There is only the Independent Man of the Way who is now listening to the Dharma. He is the mother of all the Buddhas. Therefore is the Buddha born from independence. If you truly understand this independence, then you know that the Buddha is not something to be attained! One who can see it like this is a man of genuine insight.

Students ceaselessly take hold of names and phrases, and get obstructed by words like "worldly" and "sacred" which obscure the eye, and so they cannot see clearly. The Twelve Divisions of the Teachings are only surface explanations. But students, not realizing this, take to these surface explanations of words and letters and deliver interpretations of them. All this is only supporting their dependence and, accordingly, they fall into cause and effect and so do not escape birth and death in the Three Worlds.

If you want to get free from birth and death, from coming and going, from taking off or putting on (as clothes), know and take hold of him who is now listening to the Dharma. He has neither form nor shape, neither root nor trunk; nor does he have a dwelling place; he is as lively as a fish leaping in the water, and performs his function in response to all situations. However, the place of his functioning is not a locality. Therefore, if you search for him, he eludes you. The more you seek him, the farther away he is. That is why he is called "mysterious."