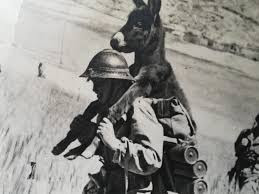 "Attaining no-thought and no-mind in a single instant is the true ancient way of Zen."
With the cessation of thought all the hues of reality appear. Amazing! The wonder of it. Yet, at the same time, what a dirty mess! You might as well get caught carrying your burro across a mine field.

Great Master Ma Tzu invented the Zen method of "tai-chi ta-yung" (great potential, great function), shouting or hitting to stop thoughts. In Japan called daiki daiyu, this is the ability to strike others with your "ki" so hard they forget their own minds.

The Lankavatara says, "All things exist only as seen of the mind," so by striking the mind in this way, everything vanishes.
Thus, it's a technique for causing satori, and it should only be used by a great teacher on those who are ripe for it.
Ma Tzu's "tai-chi ta-yung" shout deafened Master Pai Chang for three days and caused a flowering of his latent Zen ability. Why? Because

a weaker technique [was] not adequate for the purpose. The deafening of Pai Chang for three days means that he was totally disengaged from the three hindrances, that is sense organs, sense data and consciousnesses. This is the outcome of Ma Tsu's tai-chi ta-yung which was widely discussed in all Ch'an monasteries throughout China. (Charles Luk, from  his excellent book THE TRANSMISSION OF THE MIND OUTSIDE THE TEACHING)