Burning Up the Whole Universe 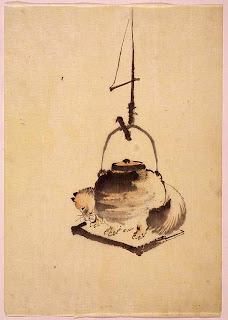 
Thank you for the blog you're writing.

I stumbled upon it yesterday and it energized my practice.

After years of studying the Zen classics, trying countless methods, I found that which all methods point to, but it's not a method, and ultimately cannot be practiced.

I'm still confused by this newly found "something"; but I see now that my past years of studying the sutras and trying to find IT in the minutiae of Buddhist theory and sayings of the patriarchs and masters has had the common root as error of thinking it's ultimately a philosophical, intellectual thing. While truly it springs forth from something that could be called the "Light of the Mahayana" (excellent writings on this "light" can be found in Master Ejo's Absorption in the Treasury of Light or in the Taoist tradition in the Secret of the Golden Flower). I've even been to temples in Japan but it didn't help me at all, I made no progress there. It was upon returning [home], digging more, digging, doubting . . .  and when I finally gave up on Zen totally, I started hating it, that's when I got a glimpse of IT. It's total nearness with the One who sees, hears, moves the fingers as I type this now. However, this is only a small glimpse, the child awakening, still not awake, still dreaming. I will keep marching on. Who is hearing? Who is this one? What is this mind? As I ask this, feelings of bliss mixed with a buzz in the head, flows of heat and light around the heart area. I'm not there yet, but I think you can know fire by smoke, and isn't this smoke?

With endless gratitude, a new avid fan of your Zen writings.

This is not only promising but deeply inspiring. The person who wrote these words is already imbued with more Zen wisdom than he might think. "I found that which all methods point to, but it's not a method, and ultimately cannot be practiced." This is how the Masters speak. Clearly he has experienced what in the old Zen literature would either be called a kensho or satori. Satori is only a beginning. Yet how inexplicably wonderful. Either way, it's more than many people achieve in a lifetime of studying "Zen." I am happy if my blog is of any help in his ongoing effort.

If you are trying to start a fire with a wooden drill and a block of wood, you get heat and smoke before you see fire. If you keep drilling steadily and calmly, you will see a burst of flame. Feed the flame tinder and then more wood and soon you will have a big roaring bonfire, big enough to burn up the whole universe!