Take the Drum & Capture the Flag 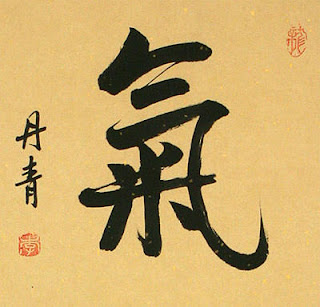 Q: Roshi, why do you say one can't get Zen from books?

A: A book can guide your practice at the beginning, but that is all. It cannot settle "the Great Matter of Life & Death" for you. Only your resolute practice can do that. Throw yourself off the cliff & join the rotting bones at the bottom. Then maybe one day a flower will spring from your bleached skull.

Zen as I transmit it, the ancient Way of Zen, is more abrupt and unsparing than most other approaches to Enlightenment, in that it aims at "cutting off thinking" instantaneously, so that you experience satori. After satori, it is necessary to stabilize yourself in the "empty" state of wondrous mindlessness long enough, as Bodhidharma said, for your more excessive karmic potentials to fade to almost nothing.

Most people who pose as authorities on Zen have not had satori, and they will not experience satori so long as they engage constantly in argumentation and conceptualizing.

If you do attain satori, you make a serious mistake if  you do not maintain an immovable mind long enough for your karmic potentials to fade.

That is why I would advise anyone who has satori not to say a word about it for fifteen years. I encourage you to get the dust out of your eyes & open your ears fully. Wake up! Wake up!

Master Mumon Ekai said that you must arouse all the energy in your body (the Qi of every pore and hair-follicle) and concentrate it all with absolute single minded absorption until you experience a sudden breakthrough that spontaneously unifies inside & outside & annihilates all your false ideas and conceptions in a single instant.

This is why Mumon himself sat in meditation every day and night for six years trying to resolve Joshu's "Mu," and finally decided he wouldn't sleep until he had resolved it -- so, for who knows how many nights, he kept himself awake by banging his head against a pillar whenever he started to doze off in the Dharma Hall. Then one day he heard the noon drum & spontaneously woke up. Everything became clear. Samsara melted like a block of ice in August. He went to his Master and had his satori confirmed with a great ringing shout.

Is this not Yuanwu's "taking the drum & capturing the flag"?

Zen is precisely casting away all thoughts and beliefs in a single instant, to "enter with the suddenness of a knife thrust." Even phrases like "attaining the unborn" and "just seeing what is" have to be resolutely cast away, or you will be hung up by them like a ram with its horns caught in a fence. You will miss the horse galloping past the window in the blink of an eye.

Cast away all beliefs, cut off thinking in a single instant -- this is the true ancient way of Zen. As soon as you do this, you will experience a great energy in and around your body that will enable you to do amazing things without effort. The Zen teachers and Taoists called this unconditioned energy "qi." You can call it whatever you like, or nothing at all.
SVAHA!