Every Profound Spirit Needs a Mask, by Master Nietzsche 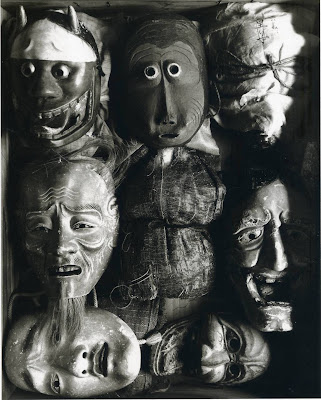 (as translated by Walter Kaufmann)

Whatever is profound loves masks; what is most profound even hates image and parable. Might not nothing less than the opposite, be the proper disguise for the shame of a god? A questionable question: it would be odd if some mystic had not risked something to that effect in his mind. There are occurrences of such a delicate nature that one does well to cover them up with some rudeness to conceal them; there are actions of love and extravagant generosity after which nothing is more advisable than to take a stick and give any eyewitness a sound thrashing: that would muddle his memory Some know how to muddle and abuse their own memory in order to have their revenge at least against this only witness: shame is inventive.

It is not the worst things that cause the worst shame: there is not only guile behind a mask -- there is so much graciousness in cunning. I could imagine that a human being who had to guard something precious and vulnerable might roll through life, rude and round as an old green wine cask with heavy hoops: the refinement of his shame would want it that way.

A man whose sense of shame has some profundity encounters his destinies and delicate decisions, too, on paths which few ever reach and of whose mere existence his closest intimates must not know: his mortal danger is concealed from their eyes, and so is his regained sureness of life. Such a concealed man who instinctively needs speech for silence and for burial in silence and who is inexhaustible in his evasion of communication, wants and sees to it that a mask of him roams in his place through the hearts and heads of his friends. And supposing he did not want it, he would still realize some day that in spite of that a mask of him is there -- and that this is well. Every profound spirit needs a mask: even more, around every profound spirit a mask is growing continually, owing to the constantly false, namely shallow, interpretation of every word, every step, every sign of life he gives.