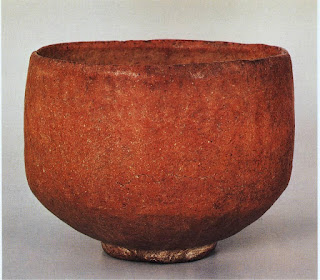 As a person of the Tao, you will sometimes find that mentally incoherent and disturbed people who envy your mountain-like composure or resent your sallies of "objectionable" wit will attack you, or threaten to attack you, with "black magic." Occasionally some moron will threaten to "kill" you with supposedly powerful thoughts just for slighting his ego. This type of horseshit has happened to me online a few times, most notably in the summer of 2010 when the entire "Kunzang Palyul Choling" cult set out to "destroy" me for throwing sass at their Spiritual Leader. This happened about six months into their eerie and obsessive cyberstalking campaign against me, which in turn was based on the crazy tulku lady's assertion that I was not a Zen poet as I claimed to be but actually a strange man named "William Lawrence Cassidy" who had once belonged to their cult. Emboldened by the Bogus-sattva's words on her official Twitter account, various idiots began sending me multiple occult death threats every day via Twitter, alongside the more mundane threats of killing me with "ninjitsu and Shaolin kung fu."

Most black magic is, of course, mere suggestion. Someone suggests they know an item or two of malefic mumbo jumbo and are going to hurt you with it, and you "feel" a hair-raising disturbance because of this threat. It's natural to get a little spooked by the idea of someone doing a ritual with phurbas and so forth to harm you, no matter how absurd that person is. A few of my friends, who also became targets of the cyberbullying Buddhists for calling me "Sensei" and so on, felt extremely uncomfortable about the idea of psychic attacks being directed at them by a Vajrayana lineage holder famed for making effigies of her ex-husbands and encouraging her nuns and monks to stab them with knives during drunken orgies. I told my friends that when cowards and morons want to make you anxious they invariably threaten "black magic." They never show up in person, since that would be risking a slap-down and, at the very least, severe "loss of face."

It is true that some "black magic" is not mere suggestion but the deliberate manipulation of Ki to produce certain long distance effects. Yet those who can manipulate Ki are more likely to destroy themselves before they hurt anybody else, should they unwisely choose to try doing "black magic" with it. (Possible case in point: one of the main sources of the Kunzang Palyul Choling's occult threats, an ordained monk named John Buhmeyer aka "Palzang," who ran a Twitter attack dog account called @shamanspell, is now serving a mandatory 20 year sentence in the Arizona penitentiary for repeatedly raping a little boy at the Sedona KPC temple during the same time period when he was energetically persecuting me and my online friends. And later the crazy Tulku lady herself suffered yet another psychotic breakdown that featured her running from "safe house" to "safe house" protected by armed guards and communicating with her flock only via ranting, semi-incoherent "tweets.")

In the rare event that you do run into an insane cult group with a deranged cult leader and a lot of money and resources to, among other things, fly professional "black magicians" in from India to try to hurt you and your friends (as a feverish rumor going around had it during the whole insane cult brouhaha), there are still resources to draw upon to defend yourself, all the while keeping the shiran-kao or "face of stone" toward your attackers. Having had some small instruction in "magic" -- notably during my teenage years, when I happened to meet a brujo in the crystalline light of the mountains of New Mexico -- I taught these simple methods to my friends and they proved 100 percent effective.

Or the Great Prajnaparamita Heart Dharani, from the Hannya Haramita Shingyo, said to smash all obstacles to Great Enlightenment and remove all suffering: AUM GYATEI GYATEI HARA GYATEI HARA SO GYATEI BO JI SO WA KA

Or merely chanting "AUM" while visualizing the Sanskrit "AUM" symbol in your energy-body heart center inside the right-hand side of the chest. This fuses the powerful "AUM" sound and the symbol with your inherent energy of love, compassion and sympathy and thereby creates instant effects far beyond your immediate surroundings. This is actually a good thing to do every night before you go to sleep and also if you awaken at night with a bad feeling or are startled awake by a nightmare.

There is also the incredibly powerful Taoist Lord Pu Hua's Mantra for Calming of Emotions (普化天尊玉樞心咒): AN HONG CHA LI SA BO NAI. This mantra works instantly on any "dark mood" or depression, as well as "dark spirits" and "ghosts." Try it and see.

"The afternoon glow is brightening the bamboos, the fountains are bubbling with delight, the soughing of the pines is heard in our kettle. Let us dream of evanescence, and linger in the beautiful foolishness of things."