"Wide Awake:" Why Zen Is the Real Buddha Dharma 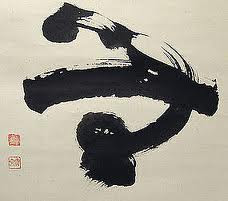 People sometimes ask me: Lao Hu, what is your REAL interest in Buddhism? I must say: Practically nil.

But if you ask me, What is your real interest in what Shakyamuni taught, I would have to say: immense. It has been a preoccupation of mine since I was about ten years old.

What explains the difference?

Let's look at it. Shakyamuni, according to tradition, was a sheltered-from-life prince who experienced extreme emotional distress on realizing that people get sick, old and die. As a result, he went into the forests to seek liberation from his emotional distress (dukkha). He tried yoga (as he could find it). He tried asceticism of the most extreme form. Then he gave up in despair. He accepted a bowl of milk from a beautiful young girl named Sujata. This is where it gets interesting.

After drinking the milk, he decided to give it one last shot. He sat down under the Bodhi tree, vowing not to move until he had attained freedom. Rather than relying on asceticism or on yoga as he'd learned it, he recalled being a little boy and experiencing samadhi from relaxing completely into Naked Awareness. He let go and sank into It again. This freed him from the trap of trying to will his way to Nirvana.

He remembered past lives. He experienced temptations. But his samadhi was unbreakable. At dawn, he glimpsed the morning star and proclaimed: All beings are Enlightened from the very beginning.

When Shakyamuni returned to the world to teach, he taught how to attain freedom from obsessive thinking and emotional distress (really a mutually reinforcing pair) by relaxing into the Great Perfection of Naked Awareness.

Shakyamuni was a pragmatist and saw one must sometimes change one's lifestyle to get rid of the tendency of mental energy to fix itself onto beings and things in an obsessive, uncontrolled way -- thus the Noble (Arya) Eightfold Path he expounded on his "first turning of the Wheel of Dharma."

There is no Ego in phenomena. There has never been an Ego anywhere that can be pinned down. Ignorance produces the illusion of "I" and "mine" and drives the engine of karma. This Buddha taught his students.

(In the Pali Suttas, Buddha offers a self-inquiry experiment: try hard to locate an Ego anywhere at all in the body, feelings, sensations, will-power, or thinking-mind -- or in any combination of the above. Can you do it, or not? Note that there is an abyss between gaining experiential confidence in No-self and merely clinging to a doctrine of emptiness, "Buddhist" or not.)

After he died, there were quibbles. Sects. Disputes. Result: Abhidharma. Dry as bones. Scientific? Maybe. But it lacked something. What? Simply the vivid, blazing non-conceptual here-now bliss of Naked Awareness.

Can you get to This through prayers, rituals, shaving your head, bowing to a statue, engaging in sectarian disputes? No!

Then: the dawn of the Mahayana system. The infusion of Nestorian Christianity, Zoroastianism, shamanism and magic into Buddhism. All quite interesting and important!

But suddenly, appearing in China as the scowling Bodhidharma: ZEN. The tossing out of all academic arguments, also ritual and magic. Gone!

The Great Doubt leading to the Great Death. What's left anywhere that Zen does not overturn?

Zen returns YOU in the most direct way to the actual sitting, walking, eating, and sleeping of a Buddha.