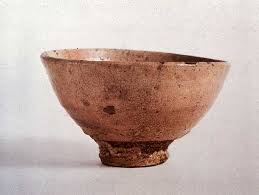 Human beings, uniquely maybe among all animals, suffer from such stress that they eventually get a taste for it

"Stress" and "thinking" are one in terms of a restless mental imagination that is always arguing with and trying to change what simply is.

But the endless mental labeling process ceases to produce stress if one simply resolves to be the self-born "ordinary awareness" before it.

Aeons of samsara cut through in a single stroke of Self-realization. If that doesn't make one laugh, what will?

Lao Tzu admired how infants deal with the world. They have no fixed desires but are interested in everything. "Let's see how dirt tastes!"

To paraphrase Lao Tzu, the person of Tao doesn't add but subtracts.

So don't add enlightenment to your stress. "Oh no, I have to put up with all this shit and also struggle to get enlightened! What!?"

Dropping all stressed-out thinking and stressful activity to rest in a naive state of clear, empty awareness is precisely "enlightenment."

The "pure light" is directly known by itself as the root and source of all that is ever experienced, before any thoughts about good and bad.

Though "pure" and "light" seem to be mere labels they point to naked consciousness brilliantly knowing itself as the source of experiencing.

Naked consciousness brilliantly
knowing itself
as only ever experiencing
Itself!