Have All the Zen Masters Been Deluded? 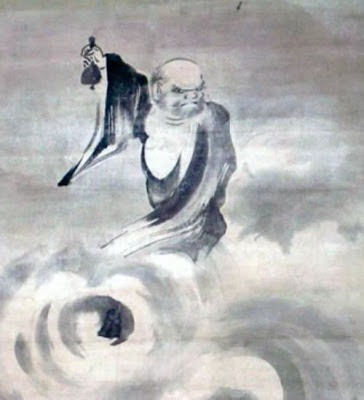 Have all the Zen Masters been deluded? Is there really anything to gain from Zen?


If your mind can be made empty like space, your practice will be successful. In the West (India), our great great grandfather (the Buddha) compared the immaculate vast Snowy mountains (the Himalayas) to the Great Nirvana. The First Patriarch of China (Bodhidharma) said: "The mind should be insensate like wood and stone." The Third Patriarch said, "Profound is this state of suchness -- lofty and beyond illusions." Hui Neng said, "Don't think of either good or evil." My late master (Ma Tsu) said, "Like one losing his way who does not even know the direction he takes." Seng Chao said, "Obstruct your knowledge and block your intelligence to ensure the intuitive recognition of reality in solitude." Manjusri said, "His mind is vast like the great emptiness, hence I salute him who looks into nothing -- which is a profound sutra which can be neither heard nor practiced."

In the Buddha-work of salvation, by universal form of functioning is meant (something like) a great body hidden in formlessness, and a loud voice inherent in silence; for instance, the fire immanent in a (piece of) wood and the sound innate in a bell and a drum.


- THE TRANSMISSION OF THE MIND OUTSIDE THE TEACHING: The Basic Teachings of the Chinese Zen Masters, translated by Charles Luk