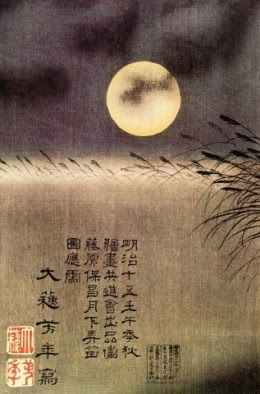 Yunmen says, "Everyone has this same radiant Light -- so when you try to look directly into it, why is it dark and obscure?" Why does Yunmen say, then, that everybody has the radiant light?

Indian Buddhism, like the ancient Vedas, came up with the notion that there is only one Root-Consciousness, one pure and radiant Light. According to this idea, the differences between you and me are trivial and insignificant when compared to our basic mysterious sameness.

So, any appearance is a direct function of the mind-essence, which is "root-Bodhi" or original enlightenment. It is in this sense that "Enlightenment is all there is."

The sky allows many things to appear, but it is always just the sky. So instead of saying that this or that person is enlightened or not enlightened, we should say rather that people are or are not awakened to their originally enlightening mind-essence.

Zen "study and practice" is cutting off thought-discriminations and seeing It directly. Seeing what? The sky of reality itself.

So what is enlightenment? What is "not enlightenment"? It seems that everything arrives already enlightened. And Mind itself does all the enlightening, since it is the Light itself. Seeing is It, so is hearing. Wake up instantly to This!