The True Ancient Way of Zen 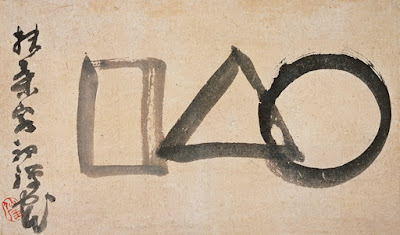 Q. What is the true ancient way of Zen?

A. Bodhidharma said that it is nothing more than "seeing the self nature," chien hsing (kensho, in Japanese).

Q. That doesn't dispel the mystery for me. What is this self-nature Bodhidharma spoke of, and how do you see it?

A. When you see with your eyes, you are enlightened as to forms. When you see with your Buddha eye, you are enlightened as to the baseless and shining nature of all your experiencing. Many sutras have made statements about what this "baseless and shining nature" is or isn't, and Bodhidharma quoted some of these sutras, which say that it is the original Mind in all sentient beings. Where he departed from the sutras was in his insistence that you have to experience and realize it for yourself. That is, you have to wake up just as Shakyamuni woke up when he saw the morning star.

A. According to Bodhidharma, you've got to cut off thinking and abandon all fixation on forms. This brings the illusory world of samsara to a full stop. Your Mind wakes up and knows itself instantly as soon as you have accomplished this. After that you can't be imprisoned by karma anymore. Cause and effect can't touch you. You are like a dreamer who has woken up from a dream. This is the "entry by Dharma principle," which is sudden -- as opposed to the "entry by practices," which is gradual.

Q. But how? I mean, what's the method? Am I supposed to meditate with my legs crossed?

A. Bodhidharma taught "wall-gazing." You use the wall to cut off all your fixations on illusory phenomena. Other Zen Patriarchs like Daoxin taught a sitting meditation in which you turn your gaze inward onto itself and try to find the source of your awareness. Hui-Neng said that the best way to see the self-nature is to contemplate the Diamond Sutra. He said that if you hold the Diamond Sutra with all your energy, there will come a moment when thinking stops and the Dharma body becomes clear. After that, even if thoughts resume it is not a problem, because the thoughts will be pervaded by formless Prajna-wisdom.

Later Zen Masters like Pai-Chang and Huang-Po taught just stopping the arising of thoughts in all situations until you penetrate through to reality and your true mind, featureless like space, is wholly realized in all of your life and its tasks. During the subsequent Golden Age of Chan in the T'ang Dynasty, the Masters invented many energetic ways to try to stop their students' stupid, lazy compulsive thinking, including silence, shouting, hitting with a stick, uttering a meaningless phrase like "Sesame cake!" in response to questions about the Dharma, &c. Still later, the stories of the Masters' encounters with clueless students were collected into books that circulated throughout China. Some of these anecdotes, called "public cases," were collected into special handbooks that were used in training monks. Mumon Ekai and Dahui both insisted that the key to koan practice is focusing all of your Qi (bodily energy) on the koan, to hold it steadily in absolute concentration without trying to think or form any views about it.

So, if you happen to have weak, listless Qi and are incapable of sustaining one-pointed concentration for any length of time, then you had better find ways to strengthen your Qi and firm up your ability to focus your mind or you are out of luck with Zen. This perhaps explains why Masters in the Linji (Japanese, Rinzai) school mined Taoism for its wonderful store of Qi-strengthening techniques. In some places Zen students are still trained using koans, but koan training has become mechanical and nobody really believes it leads to "seeing the self-nature" anymore.

Zen is not a matter of sitting with your legs crossed, but nor is it a matter of furrowing your brow over koans from old Chinese books. The true ancient way of Zen is to wake up right now. Of course, it's always "right now" so you always have the opportunity to wake up, so long as you're alive.

Q. What's the best way to wake up right now?

A. That's what you've got to find out! Why not start here?