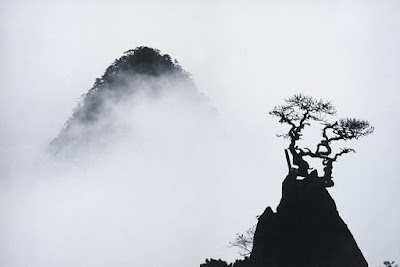 Early Ch'an teachers, including Bodhidharma, were called Dhyana masters. (Ch'an is the Chinese pronunciation of the Sanskrit word for concentration-absorption meditation, Dhyana.)

Though their philosophy came from the Mind-Only Sutras of Mahayana Buddhism, especially the Lankavatara, the Ch'an emphasis was not on philosophy or on sutras.

Ch'an teachers all taught direct entry into the state of clear enlightenment via concentration and absorption.

The basic idea of ancient Ch'an was that your Xin, your Mind-Heart, is already the radiant original Buddha. But you've become confused by conceptualizing your six senses.

By closing the five senses, silencing the sixth, and gazing inward you can suddenly awaken to your True Self. Once you are awake, you will infallibly develop ways to merge that naked blazing awareness with all of your activities.

Early Ch'an teachers told their students to forget all externals and cease all thinking until they directly perceived their self-nature, the Clear-Light Buddha within.

At that time -- roughly between Bodhidharma and Hui-Neng -- there were no books of koans, no "Zen" poetry to learn, also no ritualized verbal challenges or hitting with sticks. Nobody went around cleverly quoting Masters. Imagine that!

The early Ch'an teachers did not say much but just instructed people to refrain from excessive activity, be quiet and look into their own minds.

The one goal of Ch'an was understood to be just the direct experience of inner illumination via Dhyana.