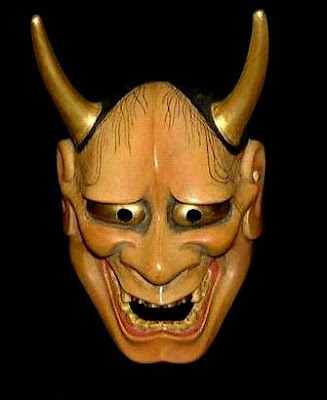 Wumen Huikai paid respects to Monk Kung of T'ien-lung, and accepted Monk Kung as his teacher. He practiced with Yüeh-lin at Wan-shou Temple in Su-chou. Yüeh-lin had him read the account of Chao-chou's "Wu." (Monk: "Does a dog have the Buddha nature?" Chao-chou: "Wu!") But even after six years, Wumen was far from penetrating its meaning.

So he summoned his will and resolved to cut off his doubts by resolving the Great Matter, saying to himself, "I will sit up contemplating this koan all night every night, even if I die trying." This he did night after night. Whenever he started to doze off or lose concentration on "Wu," he got up and walked down the corridor and banged his head against a big smooth pillar.

One day, while standing near the lecturer's seat in the Dharma Hall, he suddenly awakened when he heard the sound of the drum calling the monks for the recitation of the monastic rules. BOOM BOOM BOOM! He instantly composed this gatha:


A burst of thunder from the cloudless blue sky

peels open the eyeballs of all living beings.

All between heaven and earth bow down!

Mount Sumeru leaps to its feet and does a monkey dance.

The next day, he entered the master's room seeking confirmation. Yueh-lin said in an off-hand way, "Whenever I look at kindred spirits (shen), I see nothing but demons (kuei)." Wumen shouted a hair raising demonic YAI! Yueh-lin also shouted YAI! Wumen shouted YAI! again and the master bowed to him. And so his great awakening was confirmed.