How True These Words Are 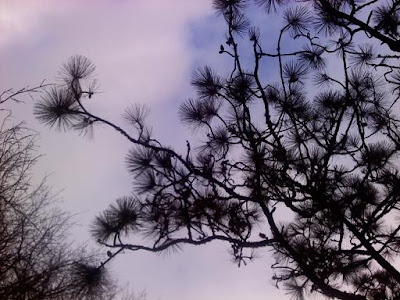 When the founder of Zen came to China from India, he did not set up written or spoken formulations; he only pointed directly to the human mind. Direct pointing just refers to what is inherent in everyone: the whole being appearing responsively from within the shell of ignorance, it is not different from the sages of time immemorial. That is what we call the natural, real, inherent nature, fundamentally pure, luminous and sublime, swallowing and spitting out all of space, the single solid realm alone and free of the senses and objects.

[Master Yuanwu says that Zen is a pointing directly to the Buddha Nature, or True Self! How does he define this True Self? "Real, inherent nature, fundamentally pure, luminous & sublime, swallowing and spitting out all of space, the single solid realm alone and free of the senses and objects." Ask some modern Zennist or Buddhist for that matter, to explain this sentence to you. They can't!]

With great capacity and great wisdom, just detach from thought and cut off sentiments, utterly transcending ordinary conventions. Using your own inherent power, take it up directly where you are, like letting go your hold over a mile-high cliff, freeing yourself and not relying on anything anymore, causing all obstruction by views and understanding to be thoroughly removed, so that you are like a dead person without breath, and reach the original ground, attaining great cessation and great rest, which the senses fundamentally do not know and which consciousness, perception, feelings, and thoughts do not reach.

[Cut off the "normal" workings of consciousness, which means transcending ordinary "self-consciousness" so that you are not constantly checking on yourself and commenting on your own actions & thoughts but instead keenly responsive & aware to what is right before you, with no mental objectification of anything and no reliance on labels. This is the real Emptiness. Enter Great Space in a flash. Shatter the mountains & rivers.]

After that, in the cold ashes of a dead fire, it is clear everywhere; among the stumps of dead trees everything illumines; then you merge with solitary transcendence, unapproachably high. Then there is no more need to seek mind or seek Buddha: you meet them everywhere and find they are not obtained from outside. The hundred aspects and thousand facets of perennial enlightenment are all just this: it is mind, so there is no need to still seek mind; it is Buddha, so why trouble to seek Buddha anymore? If you make slogans of words and produce interpretations on top of objects, then you will fall into a bag of antiques and after all never find what you are looking for.

[The clear state of Daigo-tettei, or Great Enlightenment. You act spontaneously, no longer needing to give any account or justification for your words or behavior; hearing the wind roar in the pines, you know your original self.]

This is the realm of true reality where you forget what is on your mind and stop looking. In a wild field, not choosing, picking up whatever comes to hand, the obvious meaning of Zen is clear in the hundred grasses. Indeed, the green bamboo, the clusters of yellow flowers, fences, walls, tiles, and pebbles use the teaching of the inanimate; rivers, birds, trees, and groves expound suffering, emptiness, and selflessness. This is based on the one true reality, producing unconditional compassion, manifesting uncontrived, supremely wondrous power in the great jewel light of nirvana.

[Nirvana releases you from all duality, even that of nirvana vs. samsara. Everything is clear as the palm of your hand.]

An ancient master said, "Meeting a companion on the Way, spending a life together, the whole task of study is done." Another master said, "If I pick up a single leaf and go into the city, I move the whole mountain." That is why one ancient adept was enlightened on hearing the sound of pebbles striking bamboo, while another was awakened on seeing peach trees in bloom. One Zen master attained enlightenment on seeing the flagpole of a teaching center from the other side of a river. Another spoke of the staff of the spirit. One adept illustrated Zen realization by planting a hoe in the ground; another master spoke of Zen in terms of sowing the fields. All these instances were bringing out this indestructible true being, allowing people to visit a greatly liberated true teacher without moving a step.

[Your enlightenment is the same as that of any ancient sage! It's the indestructible true being, beyond thought.]

Carrying out the unspoken teaching, attaining unhindered eloquence, thus they forever studied all over from all things, embracing the all-inclusive universe, detaching from both abstract and concrete definitions of buddhahood, and transcendentally realizing universal, all pervasive Zen in the midst of all activities.

Why necessarily consider holy places, teachers' abodes or religious organizations and forms prerequisite to personal familiarity and attainment of realization?

Once a seeker asked a great Zen teacher, "I, so-and-so, ask: what is the truth of Buddhism?" The teacher said, "You are so-and-so." At that moment the seeker was enlightened. As it is said, "What comes from you returns to you."

An ancient worthy, working in the fields in his youth, was breaking up clumps of earth when he saw a big clod which he playfully smashed with a fierce blow. As it shattered, he was suddenly greatly enlightened. After this he acted freely, becoming an unfathomable person, often manifesting wonders. An old master brought this up and said, "Mountains and rivers, indeed the whole earth was shattered by this man's blow. Making offerings to the buddhas does not require a lot of incense." How true these words are.