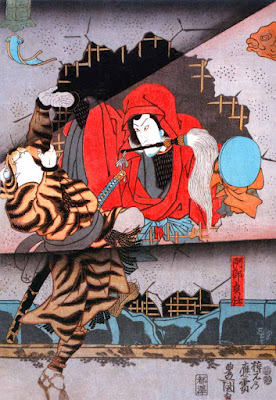 Hsüan-sha sent a monk to his old teacher, Hsüeh-fêng, with a letter of greeting. Hsüeh-fêng gathered his monks and opened the letter in their presence. The envelope contained nothing but three sheets of blank paper. Hsüeh-fêng showed the paper to the monks, saying, “Do you understand?” There was no answer, and Hsüeh-fêng coninued, “My prodigal son writes just what I think.” When the messenger monk returned to Hsüan-sha, he told him what had happened at Hsüeh-fêng’s monastery. “My old teacher is losing his wits,” said Hsüan-sha.

Hsüan-sha's test of Hsüeh-fêng went drastically awry. Three sheets of paper are as good as three pounds of hemp. The road goes up twisting around the mountain, and dust blows in your eyes so you mistake a mule for a horse and the man riding it for Kwan Yin. When you get to Zhenzhou, remember to to try the big red turnips.