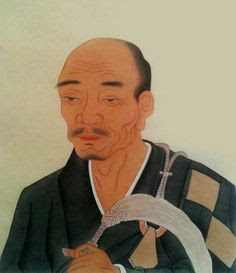 The monk Changzi Kuang once returned from a pilgrimage to continue his study with Master Shitou. The master asked him, “Where have you been?”

The master asked, “Did visiting there bring you any merit?”

Kuang said, “I've had some insight, but I haven't been able to 'open the eyes' of the awakened one.”

The master said, “Do you want to 'open the eyes'?”

Kuang said, “Please, master, help me do so.”

The master suddenly kicked out his leg right at the monk. Kuang had a deep realization, and made a prostration.

The master asked, “Why do you bow?”

Kuang said, “It's like a flake of snow landing on a red-hot furnace.”

The monk Lingmo once came to study with Master Shitou and said, “If you can give me one phrase of awakening I will stay; if not, I will leave.”

The master ignored him.

Lingmo shook out the sleeves of his robe, and walked away. When he got to the temple gate, the master called out, “Venerable!”

The master said, “From birth till death, just this! Why are you still searching?”

Lingmo had a deep awakening.

A monk named Huilang once asked Master Shitou, “What is the awakened one?”

The master said, “You don't have awakened mind.”

Huilang, dejected, said, “I'm just human. I know I run around and have all kinds of ideas.”

The master said, “Active people with ideas can still have awakened mind.”

The master said, “Because you're not satisfied to be just human.”

Huilang had a deep realization.