How to Be "A Real Follower of Our Zen Sect" 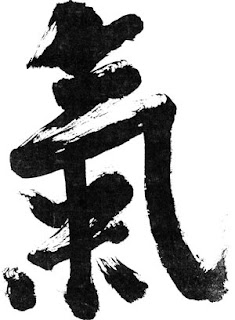 Q: I'm confused. I read all sorts of things online about Zen. I don't know what to believe. How can I become a real Zen student?

A: Grand Master Huang-Po says that "calming mental functions" and "forgetting views," "putting a complete stop to the arising of concepts" and "cutting off thinking" are the true way of Zen, the so-called Patriarchal Dharma Gate. The training is to have no mind (wu-hsin), no thoughts (wu-nien) while operating in full energetic awareness.

I stress this final point because it is not a matter of squelching thoughts to attain a blank trance-like state. Do you see the difference? Some people do not. That is why it is easier to teach Zen in the context of the tea-ceremony or swordsmanship. A true "empty mind" will not falter or make mistakes even in the midst of the most detailed, delicate, and attention-demanding activity.

This is an ability that can be learned, even if it takes twenty or thirty years, and once it is learned and the mind attains stillness -- "the Gateway of Stillness Beyond all Activity" -- the Mind-essence has a chance to awaken in all its blazing lucidity and brilliance. After that the false monkey-like mind self-destructs and there can be no more problems. Then "all sounds are Buddha sounds and all forms are Buddha forms." The universe is identical to the One Mind (not as an intellectual proposition, but as experienced truth.)

The only real obstacles to this wondrous Zen Enlightenment are the habits of involuntary, purposeless thinking -- and constant opinionated argumentation, such as the internet promotes. You can only wake up by shattering your ignorance, which arises from the activity of uncontrolled thinking. If you cannot stop thinking for even ten seconds at a time, you should concentrate all your effort on learning how. Then you can be "a real follower of our Zen sect."

Q: Can you say something about the use of meditation to attain samadhi in Zen?

A: "Zen" is a Japanese reading of a Chinese character pronounced "Ch'an" which in turn represents the Sanskrit term "Dhyana." Dhyana in Sanskrit texts is often translated "meditation" but it doesn't necessarily mean formal meditation or sitting meditation (unless specified, as in the Chinese "zuo ch'an" or Japanese "Zazen"); in the Sanskrit dhyana just means any kind of practice of "absorption" or "contemplation."

Traditionally in Indian yoga (not just Buddhist yoga) dhyana is any practice of absorption that leads to samadhi, which is often described as subject and object, body and mind, all dropping away all at once, resulting an original state of timeless and open awareness that is blissful. Buddhists sometimes speak of this as "knowing emptiness," Advaitists as "experiencing pure awareness," etc.

People who train in dhyana often experience the keenest samadhi by accident, not while they are "meditating" in a formal way. In both Indian yoga traditions and Zen there are many examples of a sudden absorption in sound leading to samadhi. For instance, there is the famous story of the Zen Master who was awakened by hearing a tile shatter, another upon hearing the noon drum. Very likely these Masters were ripe for awakening because they had already spent years absorbing themselves fully in the contemplation of a Zen koan. These Masters and many others were changed by samadhi, which they described as a joyful and blissful liberation from all doubts.

It doesn't even have to be sound -- any sensation, such as smell or taste or sight, can lead to samadhi if the person can let him or herself be "absorbed" into it. Another Zen Master woke up while absorbed in gazing at a pear tree in blossom. Still another woke up on having a gate slammed on his foot, because the agonizing pain suddenly emptied his mind of all thoughts.

After experiencing such great and intense samadhi for the first time it is possible to enter into it anytime and anywhere, until an "ultimate liberation" occurs in which the sense of being a boring "person" ceases utterly and the indescribable samadhi becomes just an everyday reality.

Q: This sounds almost too good to be true. Don't I need to find a real Zen lineage-holding Master to teach me how to do Zen face to face?

A: Charles Luk (Lu K'uan Yü) says in the introduction to his Transmission of the Mind Outside the Teaching that is is not only possible, but in some cases preferable to train in Zen without the help of a Master. He tells some amusing stories about pretentious Westerners he has met who travel to Asia to study Zen with real Asian teachers as a way of indulging themselves, some of whom became bitterly disillusioned to the point of rejecting Zen altogether. He contrasts these anecdotes with interesting accounts of several Westerners who attained Satori merely by reading his Zen translations and practicing (on their own steam) the classic method of "raising Great Doubt" by contemplating a koan or hua t'ou. Luk contends that these awakening experiences are authentic even in the absence of engaging with a lineage-holding face-to-face teacher or time served in a Zen monastery.

Also, in Japanese Zen history particularly there are a number of "self-recognized, self-certified" Zen teachers who are well respected. Even in Chinese Zen there are examples of people who "get it" intuitively and spontaneously without training. Sometimes these people are said to have studied and practiced hard in a former life. But who knows?

Even though the "goal" of Zen training is No-structure, No-effort, first there is first careful structure and a most intense effort.


Some students attain the state of liberated Mind quickly, some slowly. After listening to a Dharma talk, some reach "no mind" directly. In contrast, some must first pass gradually through the ten grades of Bodhisattva faith, the Dasabhumi of Bodhisattva development, and the ten stages before attaining the Perfectly Awakened Mind. Whether one takes a long or a short time, however, once attained, "no mind" can never be lost. With nothing further to cultivate and nothing more to attain, one realizes that this "no mind" is true, not false, Mind. Whether reaching this stage quickly or after passing through the various stages of Bodhisattva development gradually, the attainment of "no mind" cannot be characterized in terms of shallow or deep. Those students who cannot win this state of understanding and liberation go on to create the wholesome and unwholesome mental states by grasping form, thus creating further suffering in samsara.


Zen concentration is equal to transcendent insight in every moment; wherever you are, there are naturally no ills. Eventually one day the ground of mind becomes thoroughly clear and you attain complete fulfillment. This is called absorption in one practice.