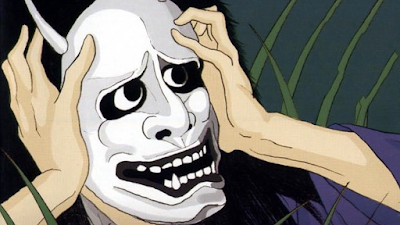 When Ch'in-shan paid a visit to Yen-t'ou, who was living in quiet seclusion, he asked, "Brother, are you getting two meals regularly?"

"The fourth son of the Chang family supports me, and I am very much obliged to him," said Yen-t'ou.

"If you do not do your part well, you will be born as an ox in the next life and will have to repay him what you owed him in this life," Ch'in-shan cautioned.

Yen-t‘ou put his two fists on his forehead, but said nothing.

"If you mean horns," said Ch'in-shan, "you must stick out your fingers and put them on top of your head."

Ch'in-shan did not understand what this meant.

"If you know something deeper, why don’t you explain it to me?" he asked.

Yen-t'ou hissed, then said, "You have been studying Buddhism thirty years as I have and you are still wandering around. I have nothing to do with you. Just get out," and with these words he shut the door in Ch'in-shan's face.

The fourth son of the Chang family happened to be passing and, out of pity, took Ch'in-shan to his home nearby. "Thirty years ago we were close friends,"Ch'in-shan remarked sorrowfully, “but now he has attained something higher than I have, he will not impart it to me."

That night Ch'in-shan was unable to sleep and at last got up and went to Yen-t'ou's house.
"Brother, please be kind and preach the Dharma for me," he called out.

Yen-t‘ou opened the door and disclosed the teaching. (What was it?) The next morning Ch'in-shan set out for home feeling free & at ease.


Yen-t‘ou should have beaten him down with both fists! Ch'in-shan left happy, but unfortunately on his way home died drunk in a snowdrift. Yet the Dharma was certainly preached, and Ch'in-shan definitely attained something. Can you say what it was without using your tongue? SSSSSST!