Casting Off Cast Off! 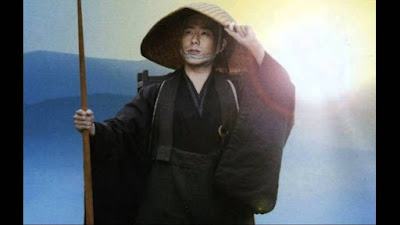 Dogen at first studied Buddhism in a Tientai temple, and became perplexed about why, if "all beings are originally enlightened," Buddhas must leave home and practice hard in order to attain it.

This question led him to travel to China, where he visited various temples and monasteries in order to "clarify the great matter of life and death" for himself.

His search eventually led him to Master Rujing's monastery, where he practiced tsao chan (zazen) with the Chinese monks.

Once, during meditation sitting late at night Rujing noticed that a monk was falling asleep, and chastised him for it. He said to the assembly, “Zen study is not falling asleep on a cushion. Zen study is casting off body and mind together!”

Hearing this, suddenly Dogen was greatly enlightened and went to Rujing's room to light incense.

Rujing asked him, "What are you burning incense for?"

Dogen said, "My body and mind have been cast off together."

Dogen said, "Please do not approve this if it is only some ephemeral peak experience."

Dogen asked, "What is IT that isn't a momentary experience given arbitrary approval?"

Rujing laughed and commented, "Good! The casting off is now cast off!"

An attendant standing nearby said, "This is no small thing, that a foreigner should attain enlightenment."