Thus I Have Heard 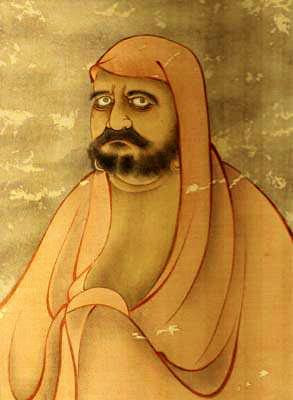 The Ancient Indian sutras are in complete agreement with the somewhat more sparse & enigmatic records of the Chinese Zen teachers.

They all insist that one should exert a strong & right effort to speedily attain satori (ta-wu), & then stabilize one's awareness within it.

Then you will be like a dragon entering the water, a tiger roaming its mountain.

But what is the best way to satisfy this demand of the ancients to enter suddenly & deeply into enlightenment?

"Thus I have heard." These words are placed at the head of every sutra. To experience the depths of Zen one should fully hear them.

To hear is first of all to hear. It is not to puzzle over meanings.

"Thus I have heard." Hearing is instantaneous -- I clap, the sound enters your ears. [Or do your ears enter the sound?]

Hit a drum with two sticks. Your hearing instantly discerns the subtlest space between booming drum beats. [Try it!]

It's basically the same with the eyes or the nostrils. Forms & colors appear already fully formed & brilliant. Smells appear out of the deepest space, unquestionably real.

So, why did the ancients say that to concentrate on Hearing (rather than Seeing, Smelling, Touching, Tasting, or Thinking) is the superior Way for Zen students to attain satori?

When you look at an object, your mind goes out toward it or shrinks away from it. When you smell an odor you are either attracted or repelled. But when you hear a sound, you simply hear it before any emotion or any thinking.

You can shut your eyes to block a form. You can squeeze your nostrils to shut out a smell. But sounds are going on all the time. [Even if you put your fingers into your ears, you will still hear your own heartbeat, your body breathing in & out!]

A student asks Bodhidharma, "What is this Mind you keep talking about?" His unhesitating response: "You ask. That is the Mind in you. I answer. That is the Mind in me."
[What a tiresome Western Barbarian. He should have just clapped his hands twice in front of the student's nose & then demanded to know, "Was it your ears or your nostrils that heard the space between those two claps? Quick!"]

Simple! Isn't it? Yet this clear Mind can seemingly get lost in words & phrases, like water poured into sand. Or hung up painfully on them, like a ram poking its horns into a thorn bush.

Buddha's early students sat down to listen to him teach, & they heard his words. At first, maybe, they did not understand those words. But undeniably & all at once, they heard them. Did they not?

"Thus I have heard." The melancholy cry of a crow in rain-soaked space.

"Thus I have heard." A hot breeze sighing in the pines.

"Thus I have heard." The morose keening of a reed-wrapped flute in the northern wilderness, far north beyond the Great Wall.

"Thus I have heard." Why does that Western Barbarian got no beard?