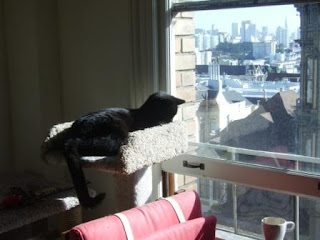 That night I played the flute for a long time sitting outside under the eaves with cold rain falling. Finally I started shivering so I went in. I realized I couldn't even feel the cold. The only way I knew I was getting cold at all was that my chest had started to shiver. I sat in front of the fire Gina had made and looked into it. My mind was completely still and clear, no thoughts. At one point I suddenly said to Gina, without even thinking, "Today was undoubtedly the cruelest, most horrible experience in my entire life. If there were a God, I would never forgive him -- or her -- for this." Gina just said, "Yes." I was going to go on and say something like I wished there were a God, so I could kill him, but I stopped at that.