Nobody Knows Anybody, Not That Well 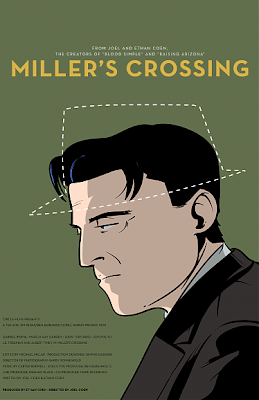 (My friend Craig [who has since, hilariously, blocked me on Twitter -- on the same day his entire cult sangha blocked me! never say buddhists can't move in lockstep] asked me for a comment for his study group Sangha on the Buddhist verse below. What use my commentary will be to anybody I can't imagine, but here it is, following the verse.) 18) Though one may have an impoverished life, always be disparaged by others, afflicted by dangerous illness and evil spirits, to be without discouragement and to take upon oneself all the misdeeds and suffering of beings is the bodhisattvas’ practice. -37 verses on the practice of a Bodhisattva by Gyalse Ngulchu Thogme (1295-1369). Commentary: In the Hridaya (longer version), Avalokiteshvara is in deep contemplation & suddenly & nonconceptually sees the five skandhas as "empty." This liberates him from all mental anguish, seeking, grasping, &c. Kensho. Satori. Wu. Great bliss. But the midst of his joy at liberation he calls out to Shariputra, who is also present yet who seems to still be confused about what's really going on, "Iha, Shariputra!" Listen, my friend Shariputra. Then he explains the essence of Prajnaparamita. The skandhas are really just nothing, & so are birth, old age & death, the origin & end of suffering, the dharma, &c, Buddhism, Buddhas -- all nothing. But this nothing is incomparably wonderful. It's true awareness. Everything that happens -- suffering, cruelty, demons, misdeeds enlightenment, whatever -- happens in the great space of this pure awareness. Avalokiteshvara, instantly enlightened, doesn't waste a moment before trying to share the joy and wonder of his discovery with the still deluded Shariputra. This is precisely the energetic expression of his enlightenment. It's a lucky thing Buddha happens to be right there to approve the speech: "That's right, Avalokiteshvara. You've hit the nail on the head. That's it exactly." Had Buddha not been there with the Sangha, just imagine -- this all-hearing Bodhisattva might have been thrown out for being a nihilist. "He's denying the Buddhadharma! He's saying all the Buddha's teachings are just trash!" Who knows -- Shariputra might have called the police to get Avalokiteshvara locked up as a dangerous madman. The Coen Brothers' movie MILLER'S CROSSING is about such a Bodhisattva. Tom, the mysterious main character, is a man who has obviously seen through everything -- he realizes how meaningless the gangster rackets are. His insight is nicely summed up by a statement he makes a few times in the movie to different people: "Nobody knows anybody, not that well." But when Tom sees his boss & best friend Leo starting to get into deep trouble because of his ignorance, he goes far out of his way to help the man. Even after Leo beats him up & quips, "If I never see him again it'll be too soon," Tom goes to work trying to protect Leo via an elaborate scheme that exposes him to all kinds of humiliation, pain, risk & trouble. I find this devotion very moving. Without the devotion (function), the substance (enlightenment) is still incomplete. But do not think that a Bodhisattva's selfless devotion is something different from enlightenment. Devotion is energetic Enlightenment; Enlightenment is inwardly tasted Devotion.