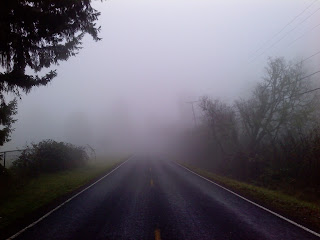 By Way of a Prologue

I was attracted to this short literary form, although it's not clear yet how successful or enduring it will be.

What could be more fleeting than digital literature? Just like a life. A sentence becomes "a ray of light between stars" (Pessoa)

But Twitter is a vehicle for petty hatred, greed, and ignorance as well as for Enlightenment.

My Twitter posts exposed me to a group of cyberbullies belonging to a falsified "new" American lineage of Tibetan Buddhism -- and these saffron robed psychopaths manipulated the FBI into invading my home.

This book cannot recreate the exciting real time communication aspect of Twitter, which makes it so potent.

Nor, exactly because of that, will it bring FBI agents crashing through my kitchen door in the darkness just before dawn, screaming: "Get down here now!"

Buddhism is the teaching of Buddha as it has been interpreted and made into rituals and thoughts by various people.

The "heart" of it is always Buddha. And what is the heart of a Buddha but clear, instantaneous Enlightenment?

What happened to Shakyamuni when he saw the morning star after his night of battles and dhyanas? "To"? Maybe nothing. "In"? All.

If you look into yourself carefully you'll realize that you're not just pure Awareness in some abstract sense, but Awareness pervaded and "flavored" by an incredibly powerful, mystically real, sense of "Be-ing."

It cannot be objectified without falsity. That sense of Being doesn't come from any phenomena, any experiences. It is part of the Seeing, not part of the Seen.

Buddha said that all phenomena and experiences are ku, empty, because they arise together and depend on each other and vanish together like shadows or flashes of neon on a rain soaked street.

It happens where? In the Heart-Mind. Xin, shin.

As far as you know the instantaneous sense of Being both before and after it becomes fragmented into "beings and things" is intrinsic to your heart, as intrinsic as Awareness.

In the former case it is merely Suchness. In the latter it is tragic.

Are these one? Are they not not-two?

It is Enlightenment. It is Buddha. It is the original person. You can rely on it. You can sink into it in meditation and realize it completely as That which sees, and cannot be seen; that which perceives, but cannot be perceived. Everything is its realization; nowhere is it hidden. But it is revealed only in a special way.

People in India already knew this before Buddha. It was called the Atman, the "indwelling" Pure Consciousness that is always the same as the Infinite (Brahman).

Zen usually doesn't give it a name. It's instantly realized where thinking disappears and where there is no clinging to no-thought.

As for how I realized "it," I was swimming in the sea off of Cape Cod at the age of 28.

As I dived into the water, on a hot day, I suddenly shed everything except the "heart" which is Enlightenment itself, original Mind.

I laughed. I wept. Why not?

There were other such timeless "instants" and then there was hard continuous training and then only sahaja nirvana. In fact, Now. Here. But emptied of any concerns that might make Here-Now important.

Before the beginning there isn't anything. Why talk about it?

Mindfulness? No. What a joke! What do you think there is to be mindful of?

One could sit for a thousand years and never realize It.

As a result I live my life very simply.

The art of living life once one has realized that nothing we're so involved in and passionate about actually "exists" is Zen.

If it doesn't exist, what is it? It's something like a dream, a vision, a hallucination. A mosquito lands on an iron ox. Bzzt!

That's the positive side of Zen, while the negative is "Mu" -- the annihilation of any identification with various experiences and perceptions of a minor key so called "self."

One may go on plinking the piano keys but the sheet music has been burnt up. Ashes do not return to being wood, writes Dogen. Take the keys out the piano, do they still make a sound when you touch them?

You can make Buddhas out of gold, stone, wood, dung. But they're just "Buddhas" in name only. The true Buddha is this "heart."

Well, this "heart" is more like a lame donkey than a human being.

In fact we don't know what a human being is, except a false concept created by imagining a future that is closed to us.

Look at what's before you -- isn't it really just the past, a certain parcel of the past, very limited by perspective, and beyond that nothing that can be named?

Stop the imaginary in you. What happens to the past?

We are born and grow up facing backwards and we pretend we understand ourselves but we don't.

Turn your vision around -- can it see itself? Can the center see the center? Can a light source illuminate its own dazzling being?


Into the dazzle. Into the brilliance.

Quick. Blow it out!

Due to discriminations, evaluations and judgements based on words it can seem that one is not in the natural state. Yet one always is, just as a bird is in air or a fish in water.

In fact, where do any limits you experience appear? In mind.

Whether anything appears or not one always "is," and this "isness" is the natural state. Sublime. Harrowing.

These dynamic appearances springing out of and manifesting the natural state are as natural as the underlying no-thingness, the great mirrorlike "spiritual" stillness of Be-ing. Ken chu to.

There is no seeing it directly, though one can point to the fact that one always is it, and laugh about this and enjoy it as innate Enlightenment. Go utterly beyond. All the way. Then come back to sit in the cold ashes. "Hey ho, the wind and the rain."

Multiplicity is always "one." And this one is no different from "zero." It is nothing. Yet we experience it in different ways, due to what? The senses, for instance. Also due to "time." But mainly due to discriminating based on words.

The point here is not to philosophize about the natural state or make it into a religion. It isn't the True, the Good, the Beautiful -- a Platonic paradise. "Seeing the donkey's jowls & the horse's mouth." Isn't this the great Body of Light?

If it isn't, it could just as well be a Dark Void. Experiences of light and darkness are had by whom, exactly?

That isn't Itself limited; your habit of constant thinking limits it. Thought has always limited infinity. Aren't you sick and tired of thinking all the time?

THAT contains ugliness, horror, imperfection. Yes. But one who is "thus come, thus gone" doesn't cling to any of these experiences, nor to the beautiful and alluring ones. "The blind girl in the sauna, rocking back and forth on a wooden bench." "Blue mountains walking."

Let it go. "Putting fire into fire;/adding white clouds on top of white clouds -- when all the ancients have said: 'Stopping is Bodhi."

It's all JUST LIKE THIS. Wake up to It now!