The Seattle Manifesto of Mind Only 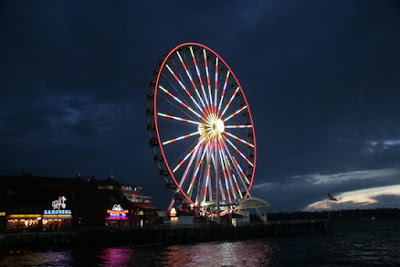 "People will be thankful if I compress into four theses such an essential and such a new insight. I thereby make it more easily understood; I thereby challenge contradiction." -Friedrich Nietzsche, Twilight of the Idols


You can say many things about a world of objects, but what connects the objects, creates space, gives them depth and time, if not Mind?

Mind can’t be reduced to any physical material, as fascinating as modern physics may be; it isn't a machine or a computer either, and you can establish this for yourself with a bit of introspection plus simple reasoning.

You are a four year old child. Then you are a forty year old man. What can possibly connect these two supposedly objective states but for your mind, which tells you intuitively that you are the same person? Your belief in cause and effect is an effect of the only cause there is: Mind.

You are standing at the base of a mountain. You climb the mountain. At the top, you say you have climbed the mountain; then you go back down feeling satisfied. But it's only mind that causes the belief that you are the same person at the bottom as at the top or going back down.

Mind-Only is the realistic theory that there is no way to connect two points in time or space without Mind, and further that Mind itself is the only source of time and space, is time and space.

The innumerable functions of mind arise from the basic nature of mind, which is empty. Xuan, profound dark unfathomable. Mind is this space, Mind is this time -- it is all nothing but Mind, because Mind is all there is.

Mind-Only, Citta-Matra, is the "hard" version of both Buddhism and ancient Vedanta. Earth air rock fire wood water -- all are words for different aspects, functions, appearances of Mind, and the same is true of the Periodic Table, though the Periodic Table (and mathematics in general) is Mind as conceptual display, which is different than Mind as mood, feeling, sensation, energy, matter, transformation.

You can see Mind at work thrillingly, coming at you from the "objective" realm so called, in the Double Slit Experiment (especially the Delayed Choice version), which shatters the idea that there are any objectively localizable or determinable "elements" of something called "matter."

This does not mean that you do not acknowledge physical material, different states of "matter" in ordinary life such as when you are tinkering with a car engine or building an airplane or designing a Japanese garden.

But the inconceivable mysteriousness of our lives in this Mind-created universe cannot be overlooked without serious distortion of reality.

In lucid dreams you should learn how to fly through the clouds, see the earth from above, and even enter celestial realms which are as utterly real and true as this one to converse with beings whose eyes are opened a little more than those of us down here on the superb Mind creation called physical being. Yet even these fantastic realms are, in the last analysis, only Mind exploring its own range of possibilities, which are innumerable and perhaps infinite.

Only one thing is strictly speaking impossible: that any of this should be anything other than Mind, anything but what Mind sets up, orchestrates, energizes, connects, discloses and displays to its Self.

This, then, is the Seattle Manifesto of Mind Only, hereby dedicated to Zen lunatics Bodhidharma and his modern Mind-Dharma heir Jack Kerouac.

-written in a Seattle, WA hotel room over a very bitter & poor cup of green tea brewed in the room's coffee maker in the early morning of June 30, 2014