Bodhi Mind Is the "Dark Meaning of Zen" 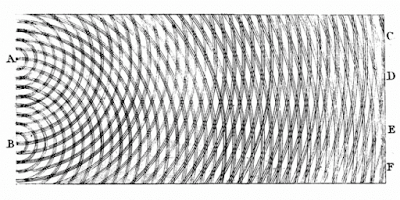 Q: I can't get a grip on this Mind with a capital M. What do the Zen teachers mean by it?

A: This is the "Dark Meaning of Zen." So let's get into it. Here is some of what Bodhidharma has to say about Mind:

Mind has nothing to attain, nothing to practice. It has no cause, no effect, no energy, no form. It is like empty space in that it cannot be held nor can it be dropped. Mountains, rivers, even the Great Wall cannot obstruct it.

Such a mind is hard to see because it is deep-rooted. Mind is not the same as physical material. Mind is the Buddha.

Everybody wishes to understand, yet, already you are in the midst of a bright light.

Q: But Bodhidharma is only telling us what Mind is not. He doesn't say what it is! I think he doesn't know what he's talking about! He's just another of these holy monk types who speaks in riddles.

In fact, Bodhidharma's explanation of Mind is just ancient Zen -- the Zen that he brought from India to China.

But if you doubt his explanation of what "Mind" is, just take a look at the Lankavatara Sutra, which Bodhidharma brought with him and gave to Hui K'o. Or, if you want, fast forward a few centuries and look at Master Lin-Chi's statements about Mind, such as:


Followers of the Way, this thing called Mind has no fixed form; it penetrates all the ten directions. In the eye we call it sight, in the ear we call it hearing; in the nose it detects odors, in the mouth it speaks discourses; in the hand it grasps, in the feet it runs along. Basically it is a single bright essence, but it divides itself into these six functions.

Is Lin-Chi also one of those "holy monks," in your opinion?

Also, where does this or any "opinion" reside? Where does it come from? What generates it? If you say, "my brain," then you must believe that there is something apart from your brain capable of knowing what your brain is. Or is it your two and a half pound brain that mysteriously "knows" itself? Ha ha.

Q: So the Mind of Zen is nothing at all. What good does that do anyone?

A: Bodhidharma doesn't say the Mind is nothing at all. He says it's a "bright light" and you're always in the midst of it. Lin-Chi says the same, right? "A single bright essence." Nonetheless, it is true that "The Buddhas are born from the realm that leans on nothing." But leaning on nothing only means that the Buddhas aren't born from any particular thing you can name or think about.

As Lin-Chi taught his students: "Apply the mind and at once there's differentiation; rouse a thought and at once there's error." Don't lean on anything, not even some concept of mind, because all things you can speak of are just meaningless labels and projections. But the Mind itself is intrinsically real and complete as it is.

Lin-Chi said, "Do you want to know what the threefold world is? It is nothing other than the mind-ground that you who are now listening to the Dharma are standing on." He quotes from the Lotus Sutra to buttress his point: "The threefold world is nothing but mind; the ten thousand phenomena are nothing but consciousness." Then he goes on to explain:

Bodhi is purely illuminating. You are always shining your Mind-torch no matter what. That's what brings the whole universe into being. But people forget that their Mind brings the universe into being, and begin to assign labels and distinctions which they consider more real than Bodhi. And in the end they begin to think of Bodhi as something that can be seen and named. So Old Lin-Chi insists, "Get a hold of this thing and use it, but don't fix a label to it. This I call the Dark Meaning. When you can see it like this, you won't be averse to anything."

Q: So only the Mind is real?

A: You're using it right now to ask that question. According to Zen, "real" and "false" are just labels. It's Mind that shines the torch and creates everything that supposedly is. Everything is without characteristics until Mind dreams or imagines them. It's all just Mind. "The threefold world is only consciousness." So what's real and what's false? Only [pure] consciousness is real in and of itself, while the rest is false. But insofar as things are the projections of [pure] consciousness, they're extremely real. Or at least they can appear to be.

A: If your Mind were something objective, something out in the realm of phenomena, limited and with specific characteristics, it could appear in your Mind, right?  Meaning that your Mind could experience itself in a quasi-objective manner. But anything that appears in your Mind cannot, by definition, be Mind itself, since Mind is that in which everything without exception appears, and the host [realm] of all experiences!

Here we are in the quick of it! As Yunmen once said, while holding up his stick: "This staff has turned into a dragon, swallowing up the earth and heavens!"