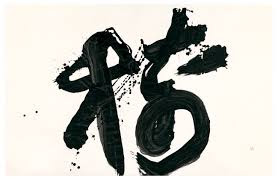 Munen, Part One is here

I'm going to drop the Hui-Neng story for now -- after all, we know how it turned out, namely after some twists and turns the boy selling bundles of firewood on a street corner in Southern China becomes the Sixth & Final Patriarch of Zen -- to give you some jottings from a small notebook I took with me into the high desert around the time of the big Solar Eclipse of 2017. I had resolved to practice "Wu-nien" (Japanese, Munen) with great energy and resolve for at least a week. This work was extremely difficult at times but it was also wonderful. Here goes:


This practice means cutting short any "interior monologue" or "half-dialogue," also cutting away any flashing forward or back in time. Not just while sitting in meditation, but at all times of day & night & in all postures. Okay? It's hard. Can we agree on that? Huang-Po says as much. Some people say it is even impossible. But we are put here to do the impossible with the totally inadequate, are we not?

First day of trying for continuous Munen is a bust. I fail so often & so miserably I want to send back my inka. But there are some brief bursts of satori-like clearness. Why not?

Second day of trying for continuous Munen (No-thought) when not actively engaged in a dialogue or writing something. I find it very challenging & it interests me greatly how mistakes in posture & breathing & movement can give rise to sudden thinking-wave.

One effect of continuous Munen is that after about a half hour or so of it you can get scared by the charged feeling of bliss. "It's too much!" But it isn't.

Whenever a strong thinking chain suddenly leaps up, you can back away from it mentally & fix it with your powerful awareness, which stops it.

Third day of intensive Munen. The occasional upsurge of thinking, but in incoherent bursts like a panicky animal thrashing around in water. The answer is to straighten posture a little & let breathing deepen. Awareness then extends [in every direction & at every angle] without effort.

Walking on the mountain, a slight sense of disjoint between "inner" & "outer" which is annihilated by picking & chewing a blackberry. Satori of the wild blackberry! My fingers stained with redness like blood.

Fourth Day of Munen. Oddly, it gets easier. Things take on a trippy psychedelic quality similar to the "satori" moments of the first day but still deeper & brighter -- the creamy bright orange yellow of a marigold enrapturing me like a sunrise.

I leave a party & rather than indulging in the usual agonizing over things I said or didn't say or how I appeared to other people, with Munen the room & the people are completely gone as soon as I've walked out the door. Free at last, free at last. How wonderful not to be wrapped up in one's thinking self-consciousness.

Fifth day of Munen on the drive to R____ , the utter simplicity of it. All appears devoid of inside/outside, subjects/objects. The brain is silent, mind utterly still. Clouds passing over the desert, dragging their cold shadows. What's the problem? I laugh tears into my eyes. Then I just breathe in the bracing cool thin high desert air.

Sixth day of Munen there is a feeling of grief & pervasive melancholy & heartache that ebbs away over the afternoon leaving peace & bliss. Streaks of white cloud in the brilliant high desert sky I watch them unfurl & feather apart.

When you practice Munen your mind stops moving outside of the sphere of what is immediately present & also instantly transitory; it stops taking on the projected thoughts & views of projected others, so it settles into self-luminosity. Radiant! Amazing! Call Dudjom Rinpoche.

Seventh day of Munen: lying on a cool concrete porch looking up at the blue sky & an angle of the roof, simple & boundless Space. This goes on for hours. Then I sit up & I struggle to form a thought to jot down in this notebook. After a few minutes of holding the pencil quietly between two fingers I write: "Nothing left to be done or still less to say, no problems to solve, just work your trade & be relaxed & gentle with people. Every place & time in life is the same as any other. What's the problem?"

I go for a morning walk with the two eager dogs. The amazing quiet clear splendor  -- sounds colors & forms appearing out of pure lucidity. Mind doesn't stop on anything & ask "What's that?" or "What does it mean?" It just is. The leashes creak, the dog collars jangle, the dogs pant, sweat runs down my back, the sun blazes.

The noisy rush of water in a culvert birds peep & shrill the cool moaning of doves & harsh screeching of raptors green reeds along a river so intensely green that their [lush poignant fresh unbelievable] greenness brings tears again into my wild unseen eyes.

Eighth day of Munen a strange fine tuned awareness of heights & depths along with intensified colors & sounds it is as if my feelings extended out into space & space in its turn pervaded my feelings until there is no distinguishing any set boundary.

Ninth day is impossible to describe. There it is! I don't sense anything different than the pure luminosity & the unbounded clear space of every sensation; useless to even talk about it!